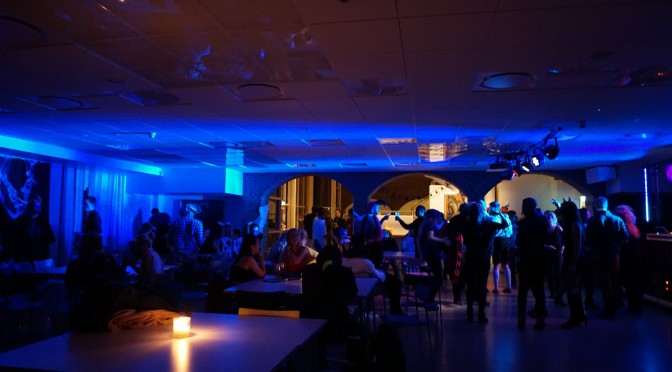 iSmuget arranged this year’s Halloween party last Friday. Nearly 100 students went to the party and had scary fun. Zombies, vampires, devils, horrible skeletons and many other characters celebrated together.

In addition to these common costumes, there were also some noticeable students dressing up with traditional cultural elements. For example, one student was dressed as a viking, which is a typical character in ancient Norway. Some international students combined their own culture with the typical western ghost elements and demonstrated a creative character this night.

The Halloween party started at 9:00 p.m. but most students showed up around midnight when the atmosphere was at its climax. The party was filled with feelings of terror and mystery provided by the pumpkin lamps, moving skeleton dolls and spider web decorations.

Meanwhile, the music played at the party lit up the atmosphere successfully. Many HiMolde students enjoyed dancing with the rhythmic music. “I really like the music, it makes me want to dance,” one of the students said at the party.