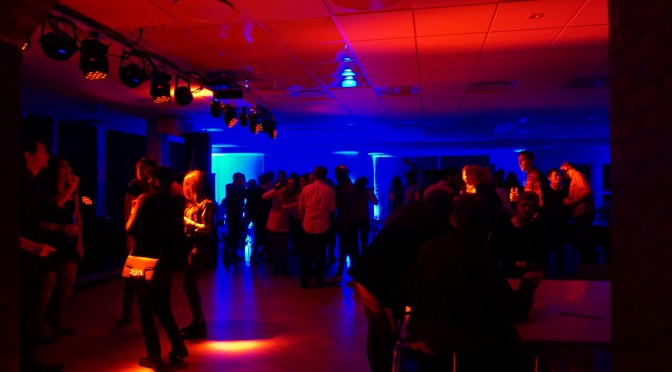 The Back2College party in iSmuget was easily the best school party since Valhall was shut down.

The music was awesome on Friday night as students were crazy and dizzy in the bass brought by two new DJs.  A new semester brings another wave of exchange students, and this time they mainly hail from France, Germany, Italy and Spain.

Janine Straub (Germany): «I danced Macarena with a girl I met for the first time in the game evening on Thursday, and we had so much fun!»

Stefano Lanzi (Italy) claims that it had been a great party. He has been making friends with lots of people from varying countries, and this is the reason why he came here with Erasmus.

A masters student who will be leaving for an exchange semester in Germany this spring was excited to meet up with his old friends from his buddy group. For him, it was a chance to say goodbye before leaving at the end of this month.

The most interesting story of the day came from Ma’rif Dar, a master student in Petroleum Logistics. He told me that it was the first time that he joined a party at our school. Because of his religion, he was not allowed to consume any alcohol, but he managed to have fun without drinking. He competed in 4-5 rounds of beer pong, which he won easily by virtue of being the most conscious one to throw the ping-pong ball. He was also excited when explaining his first experience of dancing:

«It lasted for two hours!»

Most of the interviewed students agreed that iSmuget should organize at least one party per month for the students to release the stress of studying.