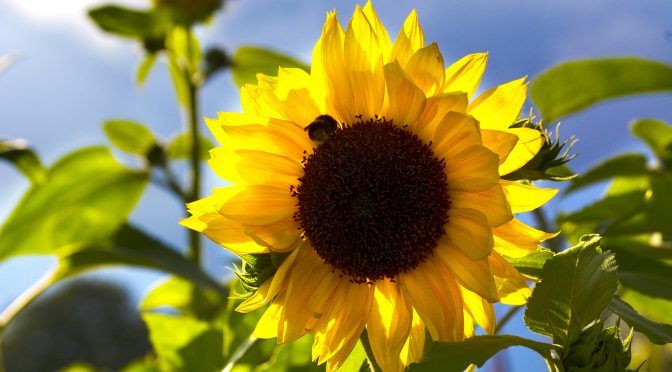 Let’s look at the bright side of sport.

“If you don’t look at where you want to go, you‘ll go where you look at” (Gabriel García Márquez)

I have been in sport since I remember myself; in fact, sport has shaped me a great deal. I would go as far as to say that sport has brought me here, contributing to a blog dedicated to the management of sport, written by experts in the field. My enthusiasm, passion, resilience, determination and so many other positive characteristics led me to read on, conduct research and teach about how sport entities can deliver what they deliver better.

I must say, though, I find myself getting all the more tired.

This is because in the majority of my endeavours regarding sports, the common denominator seems to be the ‘see how bad sport has become’: poorly governed sport organisations, scandals, sexist comments on social media etc. Problems are constantly identified in various situations, and processes, and with regard to organisational actors, athletes, and coaches. As a result, endless efforts are made by the experts – us, that is – to fix this mess.

Well, when my efforts reached a dead-end, the need to look for solutions elsewhere seemed imperative.

As we, together with my good friend and colleague Dr Dimitra Papadimitriou, were arguing in our Editorial piece of a Special Issue two years ago, although more than 3,000 articles have been published relating to POS and/or POB in various industrial sectors and organisational settings, the sport management scholarly community has failed to underpin its research endeavours in and around POS/POB. This lack of explicit positioning through the lens of POS is somewhat surprising (if not paradoxical) when one considers that the claimed legitimations of sport are largely ‘positive’ as they relate to health, salubrious socialisation, economic, and community development, as well as national identity. Indeed, empirical studies have shown that sport organisations impart significant influences on contemporary society, yielding positive and lasting effects on communities, economies, and other social mechanisms that influence individual behaviour.

Although psychology has been criticised as being primarily dedicated to addressing mental illness rather than mental wellness, the seminal work by Seligman and Csikszentmihalyi (2000) emphasised positive psychological traits, states, and behaviours. This ‘positive psychology’ has subsequently had a great effect on the field of organisational behaviour (OB) (and as mentioned, on me personally). Indeed, various scholars have argued that framing research with a positive lens through POB should be the way forward for organisational and management scholars.

To make my point clear here, I initially need to ask a crucial question: what seems to be the driving force today? I see loads of policy-oriented funded research and/or PhD scholarships because of the widespread and publicised social irresponsibility (match fixing, gender inequality, financial problems, racial vilifications, bribing, illegal gambling, unsocial labour conditions, etc.), which, in turn, has led to an increased attention to the notion of (corporate) social responsibility in the sporting context.

After all, empirical evidence exists that bad is stronger than good in the sense that human beings (organisational actors, for example) react more strongly and more quickly to negative phenomena than to positive phenomena because (organisational) existence is threatened. Psychologists, such as Kahneman and Tversky (1979), have published even in economic outlets with regard to the term ‘prospect theory’, which may be relevant here.

To some degree, this reflects the way in which the sport management scholarly community has been trying for almost 40 years now to identify more effective and efficient processes and practices associated with the design and management of sport systems in order to reinforce and justify the significance and value of the sport management field. However, issues such as irresponsible (organisational) behaviour, organisational slack, antisocial behaviour, or reinforcement of community differences through sport events, to name a few, do not necessarily have to dominate the sport management research as these issues connote a deficit (or problem-solving) approach.

Through such an approach, the process is a well-established one. We first identify the aforementioned key problems and challenges, and then generate alternative solutions to these problems that are based on the identification of the root causes of those problems. The third step is to evaluate and then choose the most optimal of these different solutions. The fourth and final stage is putting this chosen solution into practice and following up on it to ensure that the problem is actually solved.

But is this really the most effective approach?

Scholars have pointed out that the focus of this approach is, by definition, on the negative, in the form of the problems to be solved and the deficits to be filled. In contrast, at the core of the POS and POB are the so-called ‘heliotropic effect’ and the ‘abundance approach’. The former borrows from the natural phenomenon of heliotropism and posits that a positive environment is the preferred condition because it engenders positive energy and life-giving resourcefulness.

The abundance approach involves four stages. It begins by identifying the peak experiences of when the (sport) organisation and its people – in our case these are the athletes, administrators, managers, volunteers, board members, etc. – have been at their best. The second step involves identifying and understanding the enablers of these optimal performances, such as sound governance mechanisms, volunteers’ training and development; employees’ commitment, identification, pride, passion, etc. The third stage is to create sustainable impact through seeing what of these enablers of optimal performance can be continued and replicated in the future. The fourth and final part is designing interventions to create an ideal, desired future characterised by extraordinary performance.

Do not get me wrong; the negative element is always present in POS/POB. In fact, as Cameron and Spreitzer (2013, p.8) put it, “POS does not ignore the negative; instead it seeks to investigate the positive processes, outcomes, and interpretations embedded in negative phenomena”.

I believe that it is about time that sport management scholars start putting more emphasis on the positive elements associated with organising and managing sport. I guess that was the crux of our presentation in the last conference of the North American Society for Sport Management in New Orleans with my good colleagues from the U.S. Dr Kim, Dr Brent and Professor Perrewé start building on the ‘heliotropic effect’ and the ‘abundance approach’.

As far as my research, teaching and consulting are concerned, this is how I go about doing things. And, apparently, it is rather effective: papers go through, students are happy and satisfied, and administrators return to their organisations with more optimism and enthusiasm.

Why don’t you give it a go?

When he was young(er), Christos was even making money (legally!) by playing football. He (and crucially the ones who were paying) soon realised that it would be best for him to, instead, study sport (and football) and continue playing for just fun. He now travels the world to conduct research, to teach, as well as to consult sport organisations on issues related to governance and social responsibility.