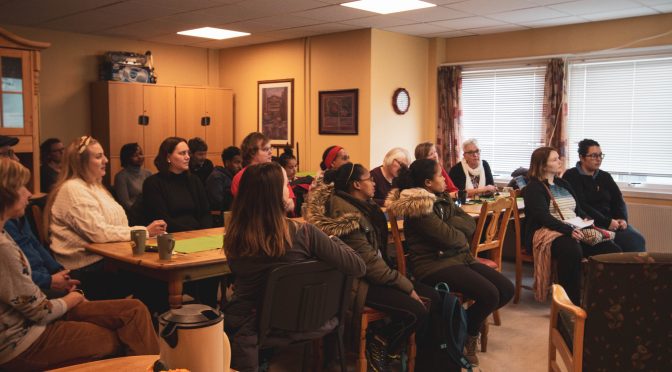 The culture of giving is quite popular in Norway. Especially in a small town like Molde, individuals and organizations give away new or old items they no longer need to those who can make use of them.

A great example of this is the upcoming “Gratisbutikken”. “Gratis” means “free”, and “Butikk” means “shop”.

The volunteer center will collect clothes and shoes from donors and provide them for free to those in need. Torunn Haldorsen, the head of the volunteer center in Molde, came up with this idea in February. Ten months later, her idea is finally coming into reality. With this initiative, she wants to make a difference in the community by encouraging people to be kind and compassionate.

The opening of the shop is said to be December 5th, and then it will remain open twice a week – Mondays and Thursdays. However, that is subject to change depending on the number of volunteers who sign up to help at the shop. For those who want to work at the free shop, there is no restriction as to age, gender or nationality.

Even those who cannot speak Norwegian are encouraged to apply. The job responsibilities include sorting clothes, washing, folding, placing them on the shelves and creating a welcoming environment in the shop for everyone. Along with contributing to the community, this will be an opportunity to get some work experience and language training.

Torunn added that there is no limitation to how many items a person can take, but it is expected that people will think of others too and take only what they need. This shall not be confused as a competition to the second-hand stores, but as an honest initiative to create a change and make difference in the community by sharing. It will also help the environment by reusing old clothes and shoes instead of throwing them away as waste.

Torunn has bigger plans for this shop. She intends to continue this for long-term. In her interview with Panorama, she told us that she is planning to collaborate with the high schools in Molde to recruit school students every year and make this a tradition. There is also the possibility to open another outlet at Nesset in future.

– This shall not be stereotyped as a shop only for poor people. Even designers who want to experiment and redesign clothes and shoes can benefit from this, as it will serve as a source of material for them, Torunn Haldorsen said.

The free shop is already generating curiosity among the general public. Around 20 participants attended the information meeting on  November 14th to know more about the free shop and sign up to work.

If you want to volunteer at Gratisbutikken, you can call 97081206 or send an email to torunn.haldorsen@molde.kommune.no.

3 thoughts on “Gratisbutikken for everyone”