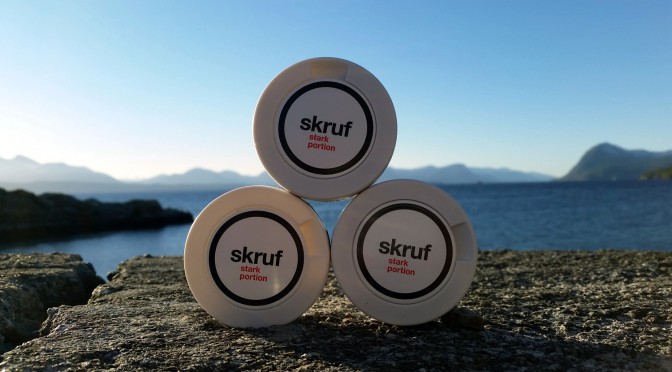 When you come to Norway for the first time, it has a few surprises in store for you. Among them we could count the high price level, the inhaling form of agreeing that transfers to Norwegian English and those strange, small and white sacks of something piling up everywhere, especially in public places.

It is snus, a form of tobacco product which is used orally. More specifically one crams it into the space between the upper lip and gum, where the nicotine is being absorbed. Snus should not be mistaken for other tobacco products as chew, dip or snuff.

That slightly angry, arrogant and annoyed look an elevated upper lip causes on so many Scandinavians is probably not a sign of animosity, but merely a result of nicotine addiction.

Snus is a mixture of tobacco, water and salt, which is blended and treated with heat. Then it is packed into desired form. That’s where snus divides into two general groups: portioned-pouched and loose. As a fresh snuser I tried the loose version once and it exploded in my mouth. I will never try it again and as the majority of snusers I am going to stick to the more comfortable pouched version.

So where does snus come from? The ancestor of snus is called snuff. Snuff is fine ground, pulverized tobacco that is inhaled or «snuffed» through the nose. In the 16th century, it was popular among French courtiers. It is believed that snuff helped French Queen Catherine de’ Medici to recover from her chronical headaches. The French court had a huge influence over European society back then, so snuff quickly spread all over the continent. After a long period of fame the snuff was pushed aside by the French Revolution. Smoking tobacco became the leader in nicotine consumption, as it can be observed in Europe up to this day. In the 18th century, the tobacco industry was blooming in Sweden and by the 19th century Swedish nicotine users started putting a pinch of snuff under their upper lip and therefore snus was born. This new trend quickly caught on. In 1970 the portion-pouched version was introduced. A new wave of popularity kicked off, raised by awareness about the health risks of smoking tobacco.

But is snusing healthier than smoking?

One of the most discussed impacts of tobacco usage is its carcinogenic effect on lungs and respiratory tract. In this case the advantage of snus is clear and undisputable. Most of the carcinogenic substances are created in the burning process which is required to create smoke. In the act of snusing no smoke is involved, therefore lungs stay completely unharmed. That does not mean that snus is not harmful at all. Tobacco contains nicotine, and nicotine is heavily addictive drug with proven health risks.

Snus is no exception. Using it can for example higher the risk of getting a cardiovascular disease or any form of oral cancer. Although it has been proven that the risk of getting an oral cancer is very much higher with smoking. Dip and chew – other forms of smokeless tobacco – are more carcinogenic than snus due to a different manufacturing process. Chew and dip are fermented, while snus is heat treated. So the answer is yes. Snus is less harmful than cigarettes; it is a healthier alternative for everyone who wants to stop smoking.

The dominant area of snus usage is Sweden and Norway, where you can get it in countless sizes, flavors and nicotine contents. In recent years, it has gained popularity in USA and severe major tobacco producers sell their own snus. It is illegal in most of the states in EU besides Denmark and Sweden. Like any other tobacco products in Norway it is legal to sell it to persons over 18 years of age and it is subjected to heavy taxes. Therefore it is not a cheap nicotine fix, but still you can see those pouches lying around everywhere.

So why do people do it? Why do non-smokers pick up this habit?

“I tried snus for the first time at the age of fourteen. I had a nicotine buzz and I loved it. I have not stopped using it ever since. I started because the cool kids did it. It was the temptation of forbidden fruit. But I never had a cavity since I started snusing, so I think that it works as some sort of mouth disinfection. I like that I don’t bother anyone with smoke when I snus, that I can do it at school and that it gives me a sexy bump above my upper lip. What I do not like about snus, is that it is expensive. I probably could have bought a new car now if I did not snus,” Elias Lien – who is studying in Volda – says.

So obviously the «cool» factor of nicotine usage has transferred from cigarettes to snus. For teenagers the thrill of doing something forbidden is the same. From there it is just a short step to nicotine addiction and after that the reasons to carry on snusing is self-evident.

Snus, overall, is less harmful than smoking. If you are a smoker and you are looking for a way to rest your lungs, snusing is a much safer way to ingest nicotine.