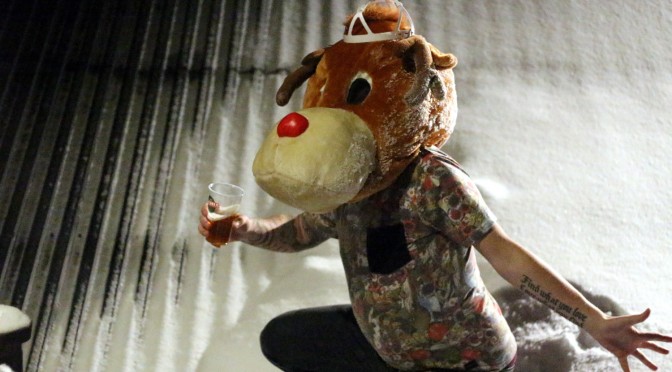 By KRYSTOF DIATKA and MATT LUNN

Vinteruka 2016 was fantastic, as usual. This being said, not everything went according to plan.  This year, the organizing body of the trip decided to have a kick-off party the last night before departure. It was a good idea that was only spoiled by the fact that crippling hangovers affected not just participants, but some of the Vinteruka board as well. This resulted in some departure complications.

The deep freezing temperatures and heavy snow kept a lot of hung over students indoors. This had a grave influence on Vinteruka’s accompanying program. The BBQ party was attended by some, while the volleyball  tournament was attended by next-to-none. The only widely attended cabin competition was flip-cup, which was indoors. It revolved around alcohol, so naturally it attracted the most attention. On the other hand, Afterski was a popular party each night where almost everyone participated with enthusiasm.

The weather did have an influence on the overall stamina of the Vinteruka participants, so even the most active people from last year were struggling  to use the ski pass to the full extent. Take Marius Ullaland for example. His riding efforts were so severe last year that he broke his tailbone. This year, the earliest he made it to the slopes was 11 a.m. even though he was fast asleep  by 12:30 a.m. the night before. Poor weather conditions can have this effect on people, though Trondheim’s finest moonshine certainly could have played a role as well.

Nevertheless, Vinteruka was once again a pinnacle event for Molde University College. A weekend of skiing for a fantastic price of 1500 NOK with travel, sleeping accommodations and  friends included. No wonder over 170 students took this opportunity.