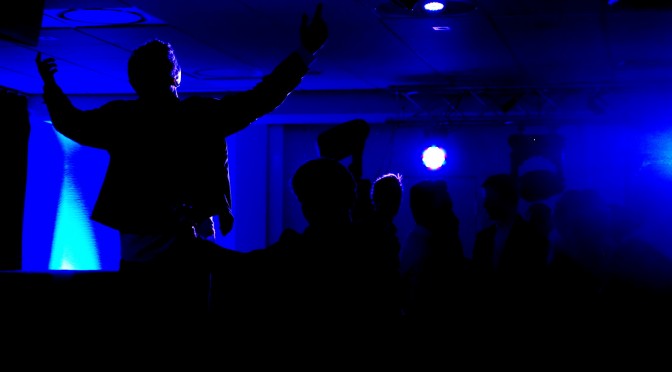 Friday's party on campus- hosted by iStudent - was a success. Photo: Eden Gao

How are you and how was your Easter holiday? Those were the most popular topics when students was back in Molde. It is time for people to reunite.

Last Friday, the House Party organised by iStudent was amazing. Students enjoyed the dynamic music, lights, dancing and drinking all the night.

The house party was hosted by Vivetha Umakaran, and it was organised for students to get together after the Easter holiday.

See more photos from the event on Panoramas Facebook-page.

«We think people must miss their friends and classmates after the holiday. And the reason we decide to have the party on the first day of April is not only because it is a funny Fools’ Day, but because we think most of the students would be back in Molde by then,» said Vivetha Umakaran, who tried her best to organise  all the parts of the party and did make everything well.

The party started at 10 p.m. at the canteen in the school, it lasted four hours until 2 a.m next day. The first hour was somewhat quiet with students sitting with a few friends together, chatting over beers. However, after about two hours, the atmosphere changed radically. People were dancing, the music became crazy and fantastic, mixed with the voices of laughing and talking students.

The whole canteen was full of happiness.