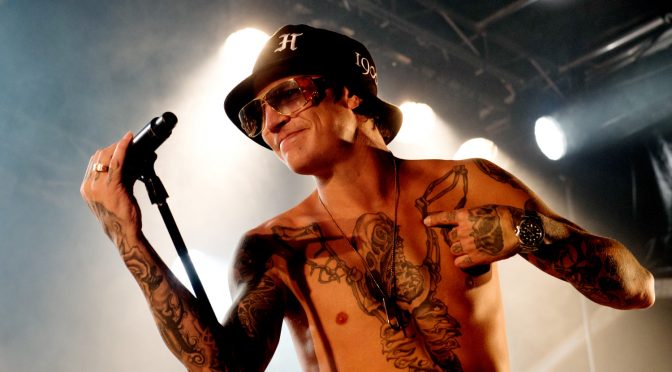 OnklP (Uncle P) and his rock and rap crew Slekta  was  the act  the students organizing the Opening Week wanted on the stage this night,  the second year in a row that Molde University College marked the official start of the autumn semester on Molde’s City Hall Square, by inviting everyone to attend a free concert.

A crowd of around 2000 – of all ages – sang, danced and enjoyed all of the 90 minutes of what many consider to be one of the the best Norwegian rock acts on the road the last couple of years.