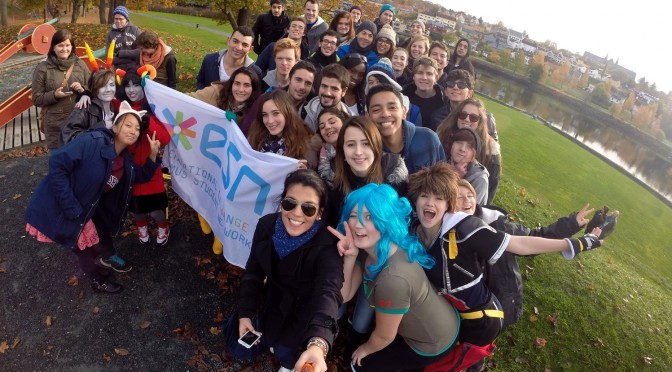 A sightseeing-tour and mouth-watering experience welcomed students who visited Trondheim University (NTNU) at the International Food Festival on Saturday.

The three-day visit to Trondheim was organized by (Erasmus Student Network) ESN as one of their many calendar activities, but happened to coincide with Trondheim’s University Food Festival where multiple cuisines that paid homage to culinary traditions were served causing excitement among the 35 visiting students.

ESN’s main intention is to socialize and interact students within campus, but eventually connected universities.

“We saw this as an interesting event and thought it would be fun to join although sightseeing was the main reason for visiting Trondheim,” said Sindre Hauge Thoresen, who is ESN Molde’s webmaster and one of the trip organizers.

“The leadership learnt about the food festival much later and thought it would be a good idea to include it in the program despite having planned for the sightseeing trip months earlier,” she added.

“It was a nice gesture from ESN Molde to travel all the way and celebrate with us. We hope to have more activities incorporating both institutions,” said Muhammad Awais Ashfaq, who heads the student organization ICOT (International Club of Trondheim) that organized the festival together with other clubs.

Se more photos from the festival on ICOT’s FB-page.

The sightseeing-tour involved visits to various landmarks including the famous Nidarosdomen Cathedral – the largest medieval building in Scandinavia and the most important church in Norway – founded in1066, museums around the church, river Nidelven and the old town bridge among several shopping malls.

Pre-parties eventually kicked off at the hotel where the students resided, followed by clubbing in distinctive nightclubs in the vibrant city that eventually exhausted everyone by the end of the weekend.