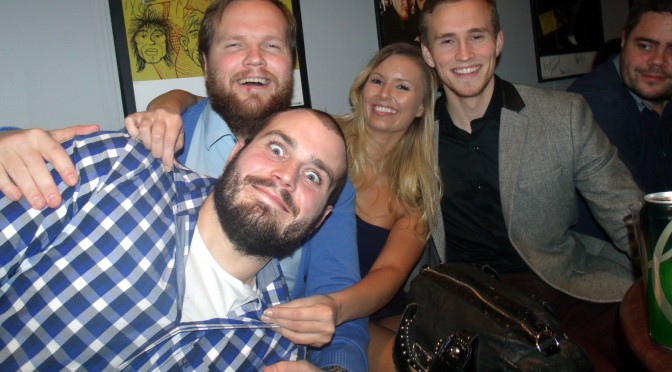 Following intense weeks of examinations, sport and event management master students wrapped up the semester in a dramatic style at Valhall and Kompagnient nightclub last Wednesday.

The Christmas party which was organized by PhD student Birnir Egilsson and master student Thomas Rekus brought together vibrant students who had exclusive access to the pubs in a rare opportunity that guaranteed maximum enjoyment.

“We really had so much fun, I think it would be awesome if we had such kind of bonding events often,” said Maria Larsen.

See more photos from the party on Panorama’s Facebook-page.

Even though there was no mentioned theme to the party, majority of the male were dressed in suits while the female students wore glamorous dresses as they interacted among themselves. A couple of the students brought in foodstuff, wine, alcoholic beverages and tequila which was taken in shots together with lime and salt as they frequently toasted cheers to lasting friendship and happiness.

By 2 a.m., Kompagniet pub had to close but some excited students wanted to the DJ to keep on playing while others had to leave earlier in order to catch their flights early in the morning. It was on that note that the satisfied students bid each other farewell, wishing all a happy festive season.