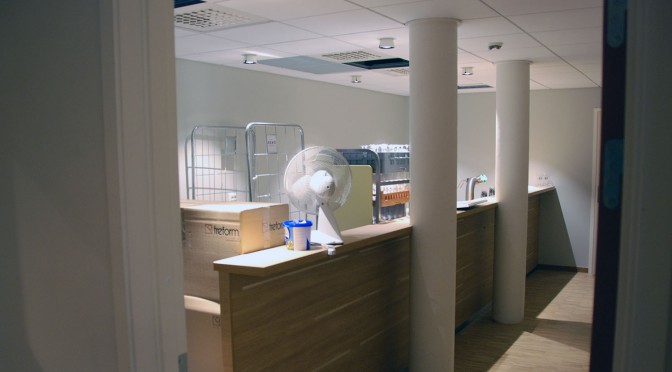 The student club Vallhal which in the past brought the student society in Molde many successful parties had to move from the original location due to reduction of expenses.

The new home for this club is in the refurbished cafeteria in the A building where Studentsamskipnaden (SiMolde) does not have to pay any rent. Spared resources are significant considering that rent for the previous venue was 250 000 NOK a year.

“One of the reasons for the decision to move Valhall was that for this enormous rent the amount of events happening in it was just not sufficient, I mean, it was like 11-12 concert a year” said Knut Silseth a director of Simolde .

This move was expected to take place in August 2014, but that did not happen due to delays of contractors and complications with refurbrishment of the new cantine. New semester begun and the agreement for old venue of Vallhal expired, but looking for the student club at the new location would yet be unsuccessful.

MORE ON VALHALL: The Halloween photos

“The problem is that building of the bar area and sound system has not been finished yet,” said Linda Ekern Olsen, the new boss of the board of Vallhal.

“I do not have a specific date now, but Vallhal opening is expected to take place in February,” she added.

Some student organizations such as ESN and MSI are experiencing difficulties due to loss of storage spaces in old Valhall. SiMolde cooperates with those organization on fixing the problem.

“I am sure we will find a solution,” claimed Knut Silseth

The new Valhall comes with few restrictions. Because the space is in the university building, there are not going to be any more concerts or big parties such as October fest which Panorama informed about.  The Friday pub and football screening is going to carry on.

“Me and the board think that it is a pity that we are not allowed to organize those bigger events, because that is what a student club is supposed to be about. The sound system and a possibility of having a stage are going to be present at the new venue, so we are going to try to do our best,” claimed Linda Ekern Olsen.