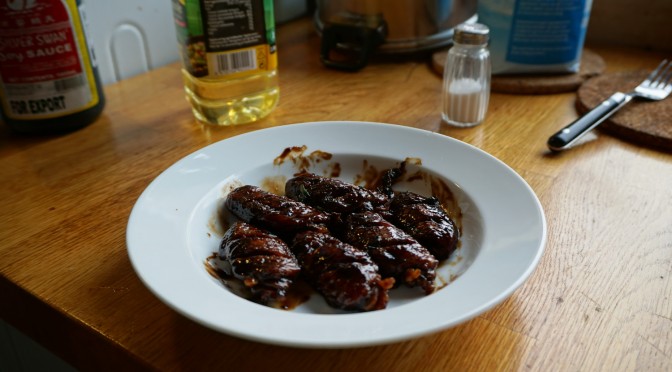 Do you know how to use Coca-Cola to cook delicious chicken wings? Does it sound ridiculous? Let’s try!

To cook the Coca-Cola chicken wings, you can follow the recipe below.

(serves 2 as an appetizer)

2. Gash the surface of the chicken wings with knife to make them tasty.

3. Heat a wok and pour rapeseed oil (or any neutral food oil) in. Sear the chicken wings until they are golden brown on each side but not cooked through (about 3 minutes each).

4. Pour in the soy sauce and Coca-Cola and add salt to taste. The fluid should cover the wings, add water if more fluid is needed. Simmer the wings uncovered for 15 to 20 minutes, until the liquid is reduced to a glaze.

5. Add chopped scallions and transfer the chicken to a plate, then serve.