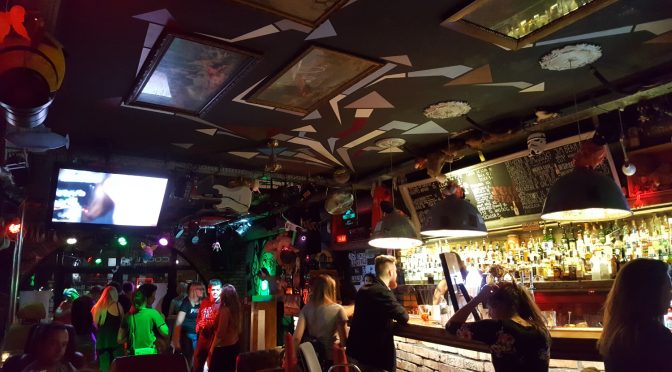 GDANSK (Panorama): Looking for a new travel destination, taking off for a couple of days in a cheap way, to a vibrant Polish city?

Gdansk, the capital of the Pomeranian Voivodeship, is a Polish city located on the Baltic coast. Together with the spa town of Sopot, and the important seaport of Gdynia, it forms a conurbation called the Tricity. With a population of over a million people the old, but vibrant city, is very keen on tourists and creates a very special atmosphere for you to enjoy.

Being a maritime city, influenced throughout the years by merchants from all over the world, Gdansk sets itself apart from all other cities in Poland. The destruction of WWII has had the biggest influence on the old part of the town. Being the flash point of WWII in 1939 the city has been leveled almost completely, but reconstructed to its Hanseatic League’s glory.

Even though it’s an old city with a fierce past, the city of today is as lively as it has ever been with continuous investment in their touristic future.

Now the question might have been raised already: «Why Poland when we are living in Molde, Norway?»

Well, thanks to Wizzair there is now a direct flight from Molde heading all the way to Gdansk, Poland in little less than two hours. Flying twice a week in each direction, Wednesdays and Sundays, it is perfect for a long weekend trip. The pricing of 99kr makes it almost impossible to not at least pay one visit.

What to do in Gdansk?

The Old Town is the number one attraction in Gdansk, giving you the opportunity to wander around the impressive churches, historical harbors, amber shops and colourful buildings.

If you are in need of some rest you can also explore the surroundings with a guide driving you arround the city or via the water, making use of the famous water tram.

With various promenades alongside the water, peculiar streets, and historical richness whereever you go, there will always be something worth visiting for the culturaly minded amongst us.

If you are looking for some more activities there are several options ranging from going karting indoors to bungee jumping outdoor, from kayaking on the riverside of the city to electric paintball in another sort of lifelike city.

To end your day nicely there are varieties of multicultural restaurants and picturesque cafes ready to serve you, with several traditional Polish dishes or hot wine to top it all off. All these still being cheaper than having to cook for yourself in Norway.

For those of you who like to have a party, there are definitely opportunities in Gdansk or the nearby spa town of Sopot. With alcohol as cheap as drinking a glass of water, and several places to go out until the early hours, you can definitely hang out there with a bunch of friends.

Accommodations ranging from multiple cosy B&B’s to luxurious hotels there really is something for each and everyone. Whether it is a small family trip, booze cruise with friends or a romantic weekend with the lover.

If you have a couple of days, wants a change of scenery for the weekend, or if you are on a tight travel budget, this is definitely worth your buck.