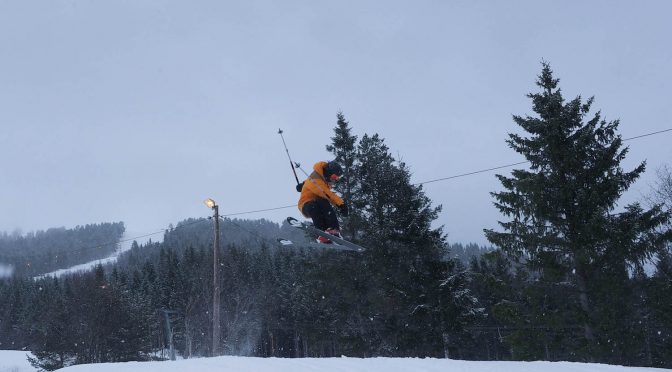 Every year, the tradition is to enjoy wintertime by skiing and having fun in the mountains. This year’s edition of Vinteruka turned out a bit differently.

The iStudent and Vineruka boards remained silent and kept students strained till the very last minute. Just a week before the event was supposed to take place, it was confirmed, what was already unofficially spoken about; this year’s Vinteruka wouldn’t take place in Oppdal as in previous years, but for several reasons would be moved to Molde. The plan was to have various winter sports in the immediate vicinity of the Molde so more students could participate. However, the outcome was bit different.

On Friday 16th of February, iFri (Moldestudentenes friluftslivsgruppe) organized free day at Tusten ski resort. Students had an opportunity to rent for free all necessary equipment and get a free ski passes for the entire afternoon.

Even though Tusten and its amazing view all over the Molde fjord was covered by fog and heavy snowing, more than hundred of students enjoyed the ski slopes, which was open only for them. For many of them it was unique experience when they tried skiing or snowboarding for the first time in their life.

Instead of traditional afterski, students gathered on Friday night in Smuget, where in the spirit of the ongoing Olympic Games in Pyeongchang, ‘Smuget Games’ were held. Students dressed up in their sportswear like true Olympians and compete in various games like beer pong or flip-the-cup.

On Saturday 17th of February, was supposed to be organized xc skiing on Skaret, according to the original plan, but due to lack of people who would arrange the trip, the event did not happen.

“Due to complains from previous year, we decided to keep Vinteruka in Molde, so more people could participate,” said Vegard Øye, the current leader of iStudent.

However, in comparison with previous year, the amount of participating students was considerably lower.

Originally, it was the Vinteruka board, selected by iStudent, who was responsible for organizing the event. However, during their functioning, they were disbanded.

“We were planning to arrange Vinteruka nearby Stranda, the organization work was in progress when we were told the Vinteruka was cancelled and our board was dissolved,” said member of the board, Ruben Nicolay Auren.

“After Vinteruka board’s inactivity, iStudent agreed to organize the event in a corporation with iFri,” explained Vegard Øye.

“For the following year, iStudent has been negotiating with NTNU in Ålesund in order to join their Ski og Magi, however it will be up to the new iStudent board, which is going to be elected during the annual meeting of iStudent on Wednesday 21st February,” said current leader Vegard Øye.