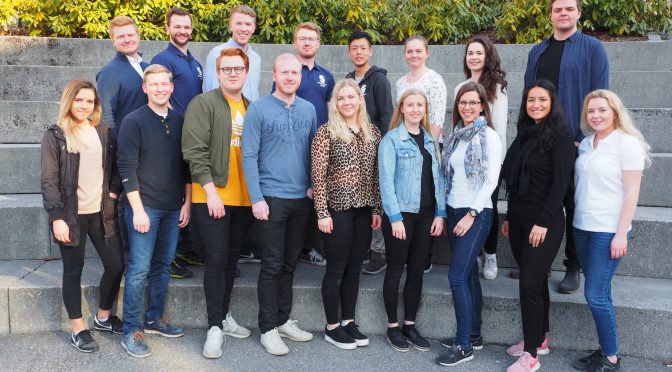 From today and until 19th of April, HiMolde students will have a chance to elect their representatives in the Student parliament (Studenttinget). Later this month, on the 30th of April, there is going to be an election of student repressentaives to the university board (høgskolestyret).

In total, 16 candidates are going to be selected from Tuesday 17th April until Thursday 19th April. Certain amount of representatives of each of the three university departments will be elected. These are entitled to vote and have the right to speak on matters. Board and control committee is also going to be elected. The board is responsible for the operation of the student assembly. The Control Committee ensures that everything is done according to the rules of the Student parliament.

The university board (høgskolestyret) is HiMolde’s supreme body. Two student representatives are going to be elected to the board on 15th of May. Candidates can send their application until 20th of April to tinget@himolde.no.

“Anyone can bring a concern to us, students, board, teachers. Our task is to make sure your voice is heard,” says Michael Larsen, the leader of the Student parliament. “The candidates will be presented the day before the elections; all students of HiMolde have the opportunity to vote in 90-meter skogen during the following days,” explains Larsen.

These are the candidates for the students’ parliament, which can be elected in the 90-meterskogen from Tuesday 17th  till Thursday 19th from 10 am – 13 pm: