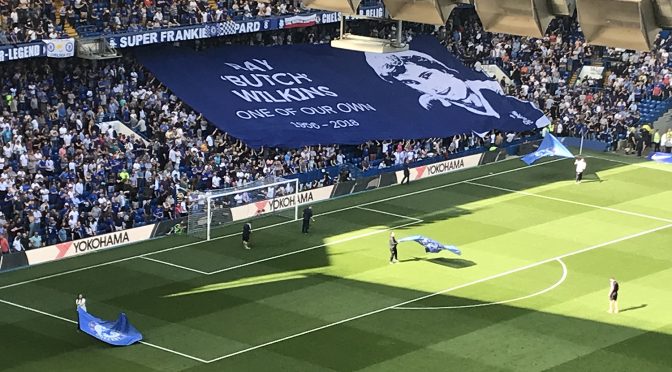 The 2019-2022 Premier League TV rights contract brings with it a distinct possibility of football overload and a concern that the market is being saturated with football and  a product that has become increasingly uncompetitive.

Around 12 months ago, the English Premier League finalised its new domestic TV rights contract, set to run from 2019-2022. Having chopped up its live rights into seven packages many expected a rise in value from the £5.14billion for the 2016-19 package. Yet many analysts predicted a fall, my team at Sheffield Hallam University being one of them. Our rationale was simple and based on some understanding of economic theory and in particular its relationship to competitive balance and uncertainty of outcome (more of that later). Eventually the Premier League sold all of the packages for a combined total of £4.5billion, a drop of more than half a billion pounds. The final two packages were in particular difficult to shift.

Packages six and seven were for games being played across bank holidays and in mid-week and, while they were never targeted at specific broadcasters, much hype had surrounded the possibility of new market entrants coming from the on-line streaming community. Yet Facebook, Amazon, Apple, Google and Netflix (nicknamed FAANGs) had all kept their powder dry, unwilling to engage with the stranglehold that BSkyB and BT (British Telecom) had over the live rights. Again though, looking at the evidence, it wasn’t entirely surprising given the challenge of making a return on investment from showing live football and the obvious proliferation of content that would be broadcast – would audiences actually tune in?

ITV Digital, Setanta and even ESPN have come and gone from the market seeing only cash burnt in the chase for subscriptions. The FAANGs of this world are smarter than that and need to see how the market matures before stumping up the cash to live stream games in the hope of making a return on what would be a sizable investment. They want products that are entertaining to drive subscriptions, entertainment that is driven by the competitive nature of competition.

It’s less a case of them not being able to afford to compete and more a case of demanding a return on their investment. Just think this through for a moment. You may subscribe to Netflix or Amazon Prime, but what do you watch? Box sets and films, most likely? When you want to and how you want to. You can pause, stop or rewind at will. The difference with live sport is that it’s the ‘live’ component that stimulates our interest. The FAANGs need to establish whether we will change our viewing habits to consume live sport on their platforms. They also need to ensure that the infrastructure is in place to stream in High Definition. Without these ingredients the profits will be limited.

Sky seems to be the big winner in the arrangement, cementing their place at the head of the market, but it’s the next deal that will warrant more attention. The Premier League can top up the shortfall in these rights by selling its international packages, but will need to look beyond the Sky-BT duopoly as we enter the 2020s’. Amazon have made moves into the sport broadcasting market already by purchasing rights for the US Open and part of the ATP Tour rights, whilst Facebook has broadcast ICC Champions Trophy cricket and streamed UEFA Champions League games through working with Fox Sports. So, it would make sense for these companies, assuming that we see a shift in viewing culture, to bid more aggressively next time.

Away from the actual bidding, the 2019-2022 deal brings with it a distinct possibility of football overload and a concern that the market is being saturated with football and, most importantly for a scholar researching this subject, a product that has become increasingly uncompetitive. The new deal includes a record 200 live games (out of a total of 380) and will result in games being played at different times and on different days, playing with consumer behaviour and potentially turning them off. Yet broadcasters will probably increase their subscription prices in a market where consumers are becoming more demanding of lower fees leading to a reduction in the numbers of customers for both companies. Can that be justified in a league where there is a strong concentration of teams playing for the title (the so called Big 6) and a bunch of clubs without much hope of breaking into that monopoly?

And it’s this match certainty which is at the heart of this short article. Leagues are based on the principles of uncertainty of outcome and competitive balance. In simple terms that means that interest in the competition should be stimulated by the fact that any team in the league is capable of beating another and that we do not have any idea of the result. This match uncertainty, and therefore competition balance, is attractive to us as an audience, TV companies and team sponsors. As the very fabric of competition is eroded, it will naturally become less attractive with big teams becoming too dominant.

Critics of what I am saying here will point to the fact that Manchester United was the team dominant for much of the first three quarters of the Premier League, but during that same period a number of other teams were mixing up the top four places. More recently, and since the advent of Financial Fair Play, we have seen a market concentration of the Big 6 (Arsenal, Chelsea, Liverpool, Manchester City, Manchester United, Tottenham), meaning that it is almost impossible to compete with them, both on and off the field. That will lead to a competition that is less attractive.

Don’t believe me? Just take a look at the broadcasting rights packages in La Liga, the Bundesliga, Serie A or Ligue 1. All of them smaller than the Premier League, none of them with as much global power and all of them with, collectively, lower commercial activity. Indeed, all of these leagues have essentially some single team dominance which reduces the attractiveness of each competition; Juventus will win Serie A, PSG Ligue 1, Bayern Munich the Bundesliga. We have a slight difference in La Liga with Barcelona and Real Madrid, with Athletico just behind, but you see the point. Competitive balance is a pre-requisite in functional leagues, kill it off and the leagues will die (or a European Super League will be established, destroying the top table in each country).

There is little doubt that the EPL is a global business with worldwide appeal. Indeed it retains a strong market position despite the drop in broadcasting fees and competitive balance. With even more content set to be televised, it does have another opportunity to showcase it’s premium product. Whilst live football’s bubble is not quite yet set to burst, the proliferation of content and the volume of less competitive football that is to be shown, presents a real danger that the public will get bored and that football will begin to eat itself. Albeit in bite sized chunks.

Rob is a treasured guest lecturer at the Molde Sport Management MSc program. He is Head of Sport Business Management at Sheffield Hallam University and an expert in sport finance. His main teaching and research interests are in the finance and economics of sport with his PhD focusing on the factors affecting financial performance in professional team sports. Rob is a regular commentator in the national and international media (including; BBC, Al Jazeera, Bloomberg and ESPN) providing expert analysis for public consumption on all sport finance-related news stories.