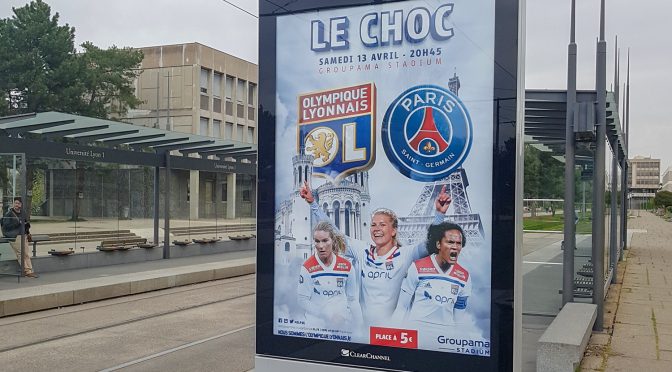 There’s a saying in English: “Sticks and stones may break my bones, but words will never break me.”

I have no idea where it originates from, but I remember saying it in the playground at school in an attempt to rebuff the bullies and their cruel taunts, mostly about the colour of my hair or because I was always playing football with the boys. It didn’t work, because the truth is, words can hurt, which is why words matter.

But I am a girl, this is how I throw.  Only that’s not what you mean.  What you mean is “stop throwing badly”, because you assume all girls throw badly.

But I’m a woman.  What you mean is “toughen up”, because you assume all men are tough.

These examples don’t all come from the playground, they’re everywhere, they’ve become part of our everyday language. So much so that we have stopped hearing the demeaning gender stereotypes in these phrases. Or worse still, we are aware, and use it anyway!

In a recent study we conducted with elite level coaches of men and women athletes, one coach admitted to using the misogynistic construction of gender to ‘motivate’ male athletes and positioning them as superior: ‘Sometimes, when a male is acting in what you’d describe in a fairly weak manner, you might use the expression of “stop acting like a girl” and you know that it’s wrong, but sometimes it’s where I’ll go.’ Although the coach is aware that this is a derogatory and stereotypical statement that constitutes women as less and weaker than men, they have clearly used it on more than one occasion, and they use it as a way to motivate male athletes.

All of these examples have one thing in common, they all position the male or male behaviour as the ideal and the women or their behaviour as not ideal, as ‘other’.

Coaches hold an influential and powerful position in sport and as such could act as important social change agents who have the opportunity to implement visions and values of equity, equality and inclusion.  We know, however, that coaches often draw on their personal athletic experience as an important source of knowledge. Thus, coaches may be reproducing the discourses about gender and other social power relations they experienced during their athletic careers. In other words, we’re not breaking the cycle of gender stereotypes.

Our research shows that other sources of knowledge coaches may draw upon, such as coach education material and books, all too often highlight the ‘differences’ between male and female athletes in a way that ‘normalises’ men and ‘others’ women.  For example the World Rowing Association Coaching Handbook contains a chapter called ‘Women’s Issues’, but does not contain a comparative ‘Men’s Issues’ chapter, leading us to assume that men do not have issues.

All the coaches in our study began the interviews explaining that they did not coach male or female athletes any differently, they simply coached the individual athlete. However, as the interviews progressed, the coaches would highlight key differences between female and male athletes “Women ask a lot of questions. Men just do what you ask them to do”, and “Girls need to talk about their problems”. Does this mean boys don’t have problems, or they just don’t want to talk about them?

I am not implying that the coaching needs are entirely different for women than they are for men. Rather, I want to highlight the fact that the words we use in coaching or in sport in general matter. Because our choice of words constructs a discourse that disadvantages women. With few exceptions, our results highlighted that female athletes behaviour was positioned as different, deviant and disruptive. Women athletes were constructed as athletes who ask a lot of questions, have issues, are not necessarily focused on the results and do not have their entire identity tied up with sport.  In comparison, an elite male athlete is assumed to focus on results, does not quit and does what the coach tells him to do without question.

Let’s go back to the playground for a minute and pick teams. If we take out the gender markers and list athlete A as different, deviant and disruptive, and athlete B as results focussed and none questioning, there’s little doubt which one you pick first to be on your team.

We need to stop ‘othering’ in sport.  Let’s drop the gender markers.  Football is football whether its participated by men or women. So instead of saying ‘Women’s Football’ which automatically places it in a category of ‘other’, somehow implying it’s  ‘different’ and therefore ‘less than’ regular ‘football’; let’s instead just say football participated by women or men. I’m not trying to imply we all become gender-blind, but we do need to move beyond gender stereotypes, we need to be gender-aware.  We need our coaches to be gender-responsive practitioners. We need our coaches to understand that the gender of their athletes will have implications for their relationships.

And we all need to know that words matter.

My earliest memory of sport was going to my first football game, Nottingham Forest against Derby City with my dad when I was 5 years old.  I remember going into school the next week and asking the head teacher why they wouldn’t let me play football at school.  To this day I still don’t understand why we gender sport the way we do, and I will continue to ask these questions, in the hope that my children won’t have to.

Dr. Donna de Haan is a principle lecturer at The Hague University of Applied Sciences in The Netherlands where she teaches on the International Sport Management Programme and leads the Minor Global Issues in Football Management.  Donna is also an Associate Professor at Utrecht University in The Netherlands.  For more information about the programmes or research Donna is involved with please email d.m.dehaan@hhs.nl or follow her on twitter @donna_de_Haan.