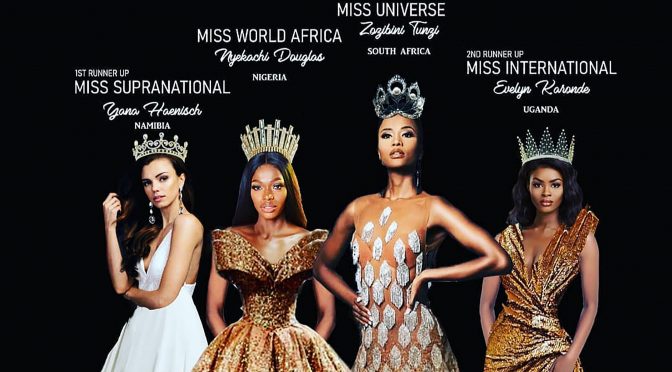 Living in Norway for quite a number of years opened my eyes to some precious realities that no other country has exposed me to.

I cannot document any major form of discrimination thrown at me based on my skin color. However, if you have not been open to the racism conversation – especially within the events industry, now more than ever is the time to listen and act. This watershed moment takes extra pertinence as a result of the unjust death of a black man, George Floyd in Minneapolis, that resulted in global protests and demonstrations.

It was a delight seeing black players in Norwegian football clubs performing exceptionally well. Black musicians, actors … Many thrived at performance events. The fact that they were included in local and national teams is indeed a sign of inclusion which has to be applauded.

Within mega events – particularly football, beauty pageantry, music festivals, and many other sporting and entertainment events – isolated examples of racism especially against the black skinned have been documented, and it is important to have black authentic voices heard.

Why emphasis on black players and entertainers as opposed to other colored nationals? It is a sad and harsh fact that this is because they are the ones feeling it first hand.

During the 2010 World Cup event that took place in South Africa, there was buzz within the African continent because none of the selected theme songs were championed by ANY native African, yet the contest was being held in a continent full of rich culture and diversity that most of the world would have experienced musically.

As much as FIFA uses top celebrity musicians to draw in viewership, and the lead Waka Waka song with African connotation performed by Shakira was a banger, some including myself, thought it would have been fair if one top well respected African singer out of the many talents we have, led a theme song as opposed to international brand names, leave alone credit the original composers of the much loved Waka Waka song on the African soil.

Could we label that as partial discrimination within the entertainment segment in FIFA?

We have seen African players being ridiculed on the pitch and many – including white players – joining to take a united stand against racism, poultry fines on offenders by FA, partial closure of stadiums – as was the case in Bulgaria 8 months ago after a monkey chant by fans on an African player,  but is this enough? Is the inflation rate for racism in football actually going up? Do fines and partial bans really prevent the problem? How can clubs work together with fans to kick out discrimination?

I cannot document any racist incident on the Norwegian pitch, but rather the appreciation of more and better players from all nationalities gracing their teams. Not only in football, but in other sports too.

Within pageantry, the Miss Norway organization who I was privileged to work with in 2017/18 included a black girl, Sandra Afriyie Tito who traced her origins to Ghana, as a finalist.

As a Norwegian citizen, she had every right to contest as the native Norwegians, but could her win represent the Norwegian identity? Would her loss be considered as discrimination against her due to her skin color? Iman Kerigo, a black girl with Kenyan background was the first woman of African heritage to represent the country as Miss Norway, implying that there has been a window of hope on the inclusion subject in Norwegian pageantry.

On the global stage, the year 2019 saw a diverse representation of black girls from the African continent winning top crowns at the grand slam pageants, namely Miss Universe, Miss World, Miss International and Miss Supranational, but still there is discontent within international pageantry in terms of black placements. Very few black girls place at top 10, or win any top awards.

Could this notion be attributed to poor preparation, inadequate funding, media and less government involvement? African countries that have had plenty of support from their governments, local media and their population, tend to perform extremely well. For instance, South Africa has over the years produced great results compared to other African nations. Their organizations do have a good support system, but is that the main contributor to success for the black girls or a call for more African nations to step up, do better and add more black wins?

In the music world, Norwegian music festival seasons are graced with all sorts of headlining acts – some of which include black artists living within the country or abroad. As much as this has been an obvious norm, the issue of low payment of African/black artists, particularly traditional performers, has been a subject of discussion within African forums which still remains unsolved.

Mainstream artists on tend to have a different approach to this subject with great success from artists such as Stella Mwangi, Nico and Vince, who are highly priced as well as top African musicians visiting Europe for performances from their home countries.

For the sake of argument, event organizers will defend their stand by saying that payment depends on the profit value an artist brings, the type of event, the artist’s management bargaining power, the artists market demand and marketability as opposed to payment discrimination.

In appreciation of evolving and inclusion of black art and culture in Norway, 10 to 15 years ago not many entertainment night clubs played African music at their events, but lately Afro beats has dominated several hangouts. African dance lessons and fashion was very much appreciated by the Norwegian community, several art funds have been set aside to promote black artists and areas dominated by black and diverse nationalities, such as Tøyen in Oslo, which in itself is a message of inclusion.

In this fight against racism, it is important to note that players, entertainers and beauty queens who have over the years been used as a commodity, now have power to lend their voices to different audiences. They are closer to their fans than ever before. They can really influence people and institutions to take a stand against this vice.

Monica Akech is National Director of Miss International Uganda, and CEO of Afrost Events and Afrost Cosmetics. While attending the MSc study program in Event Management at Molde University College, she freelanced as a Panorama student reporter. She is a Ugandan national, currently living in Kampala, Uganda.