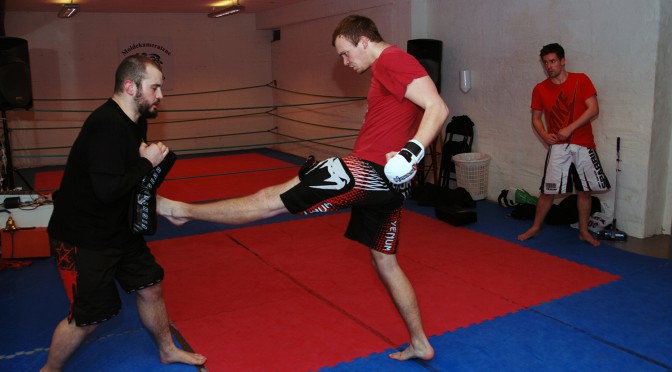 From the 2. February this academy starts a free trial period of two weeks where anyone over the age of 13 can attend any training session cost free. All training session are going to be aimed on  beginners in each of the martial arts offered.

The driving force behind kampsport akademi is  Stephan Pedersen:

Why should people join Kamsportakademiet?

«Because Martial art training is a great training both for your physical and mental side. By martial arts one can boost their overall fitness and self-confidence. Also for the great social potential martial arts have.»

Social potential? What do you mean by that?

«Well, even though martial arts appear to be aggressive, the level of sportsmanship and friendship among even rival fighters is bigger than in any other sport.»

What are you trying to achieve with the project of Kampsportakademiet?

«We are  trying to connect experience from different martial arts and unite them in one organization. And also we will try to build the biggest martial art club in Molde.»

What do you think about the restriction Norway puts on full contact martial arts ?

«I think it is just stupid. Everyone being active in martial arts knows  the risk of possible injuries well enough. But so do football players, rally drivers, ski jumpers and so on. And there are no such restrictions on them even though some of these sports bring risk much bigger than full contact martial arts.»

The club could be found in the city center at the cinema building on the opposite side from the main cinema entrance. It shares the premise with Moldekameratene Boxing Club .

Molde Kampsportakademi cooperates with the Norwegian Martial Art Association which means that all participants are fully insured against all injuries that might occur during the training. Molde Kamsportakademi also cooperates with other associations such as Norwegian Kickboxing Association and World Kyokushin Karate Association. This assures occasional seminars from instructors from other club and possibility of competition for members of the club both in Norway and abroad. Also it provides a chance to visit training camps in Poland, Spain and other countries. Most of the lectures are led in Norwegian bud all instructors are fluent in English.

The schedule of training sessions in free trial period:

The author of the article is MMA instructor at the martial art club.