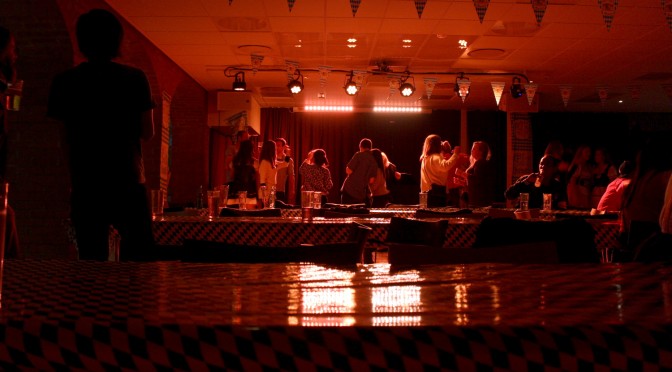 After the close down of Valhall last year, HiMolde students anticipated the coming of the new student bar iSmuget, and it showed itself at it’s best during the  Friday night Oktoberfest celebration.

The event was organised to mark the official opening of iSmuget. Around 70 students came to party. Two German exchange students authenticated  the party by singing traditional songs  often sung at the original Oktoberfest in Germany.  And thus for the rest of the evening we said «Prost!» instead of «Skål!».

Attractive traditional German female costumes used during beer festivals were also spotted and contributed to the great atmosphere of the party.

As usual, enthusiastic beer drinking led to some overexcited and crazy behaviour. However, it is worth noting that the bar and the sound system in iSmuget was insufficient to serve its customers and the music played  was not enough to raise up the atmosphere. This caused some disappointment among the partygoers.

At the end of this month, iSmuget plans to organise the Halloween party and further on the Christmas party.I hope that after this first event, iSmuget will improve their sound system to deserve its spot as a new place where people can release all that harmful stress of the modern student life.

For more pictures from the Octoberfest 2015 go to our Facebook page.