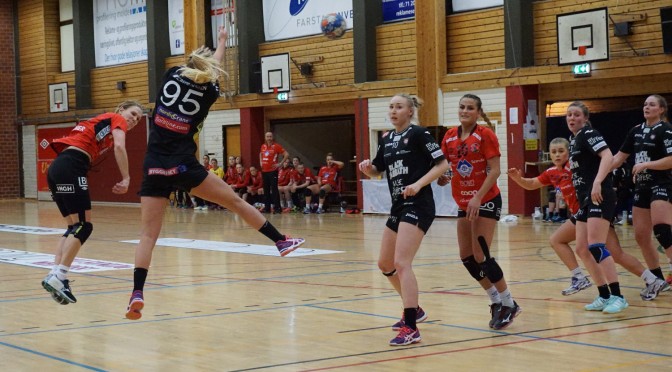 In Molde’s first year of premier league competition, they find themselves at the bottom of the table.

GRADING GAMES. Going into Sunday’s match, The Elite’s record was 1 win, 1 tie, and 10 losses. This placed them dead last with only 3 points.

However, the two teams ahead of the Elite both stand at 4 points, so a single win against Halden would get them out of the relegation zone. Considering the opponent was one of the teams that Molde was able to defeat in cup action, this was the perfect opportunity to boost the season.

They didn’t get it.

Molde took the early lead and ran with it. Their stifling  defense combined with an aggressive free-throw-invoking style of offense to provide plenty of possession time around Halden’s goal area. Molde was not particularly efficient with their chances though, and a late slip in defensive efforts allowed Halden to equalize with merely seconds before the half-time break.

This loss of momentum proved to be fatal; Molde never managed to reclaim the lead in the second half.

Star player #20 Ines Khouildi was replaced by #28 Tine Rustad Albertsen, who did manage some offensive spark with 4 scores, but the team managed only 10 second half goals in total.

MVP of the evening #23 June Andenæs described her team’s woes in this game:

«They were offensive. We worked hard on defense and we let only 24 in. We can win games like this.»

When asked what little extra efforts need to be done to push a game like this from a loss to a win, she responded:

«We need a little bit of luck. We need it to bounce in after poles, not out.»

Time has not completely run out for Molde to find their bit of luck. They remain in the same position at 1 point behind the next two teams. Now is the time to find their form at the end of the season if they wish to avoid relegation.