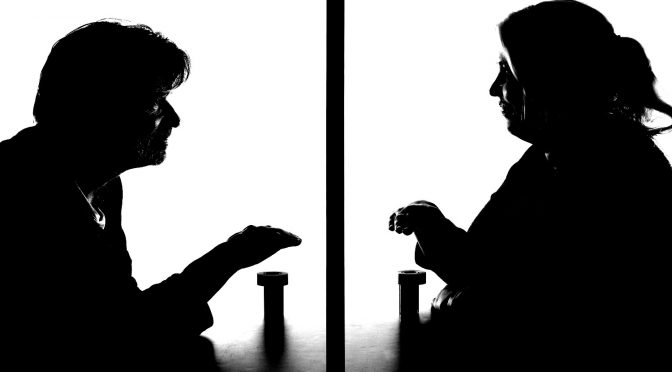 Using Game theory, and some fiction involving – among others – Josef Mengele, could it be that John Nash’s famous equilibrium does not work?

FROM THE TOP OF THE HILL (with co-author KNUT P. HEEN)

Due to constant demand from an ever increasing number of foreign students, who (obviously) have problems reading Norwegian, this edition will be kept in English.

After the recent meaningless defeat against the German ’Mannschaft’ (0-3), we have lost all faith in Per M. H. It seems obvious that he has played out his role as the head of the Norwegian team, and that new blood must enter the scene. The match introduced a new sense of depression after we thought it had left us. Anyway, this opponent – Germany – a nation of contrasts; from the highest peaks to the lowest valleys will be central in the following.

There is one person we really admire – with strong relations to Germany – John von Neumann (to the right in the picture above). As we see it, the most influential researcher of all time, not only in Economics, but also in Mathematics, Physics and Computer Science. Von Neumann, born in Hungary, with Jewish background, moved to Germany relatively early, and worked in both Hamburg and Berlin. Luckily for young von Neumann, he got an invitation to teach at Princeton (USA), so he missed the most drastic effects of German-Jewish attitudes following.

The other «researcher» on the picture, Josef Mengele, may perhaps be categorized more within the German valleys than the mountain peeks.

To cheer the new international students, we up here, where the sun almost never sets, will provide some original research this time. To keep the article in its original format, it must be downloaded to read (see below). And of course, the article involves both von Neumann and Mengele.

The article is related to Game theory. As not everybody out there speak Game Theory fluently, we feel the need to add a few explanations. (The readers who feel they already know enough Game Theory can advance to the download link below.)

There are two topics who need to be explained a bit more. Firstly the concept of a dominant strategy, secondly best reply functions.

Not all games can be solved searching for dominant strategies. As a consequence, we need a slightly more general solution method, the Nash equilibrium. The Nash equilibrium can be found searching for intersections between best reply functions. A best reply function is a function, as the name indicates, where one of the players optimises over all his possible choices for all possible choices of the opponent. That is suppose your opponent choses strategy A, given this choice, I look through all my possible choices and pick the one which satisfies my greed maximally, then I look at a choice of B from my opponent and repeats my optimization. Then I have (if these two strategies A and B are the only ones for my opponent) a function taking two arguments; A and B. This is my best reply function in this case. Such best reply functions are visible in the following article as red ellipses and rectangles in Figure 2.

Now, it should be possible for everybody to enjoy the article. I urge all readers to read the final paragraph in the abstract carefully. It contains vital information.