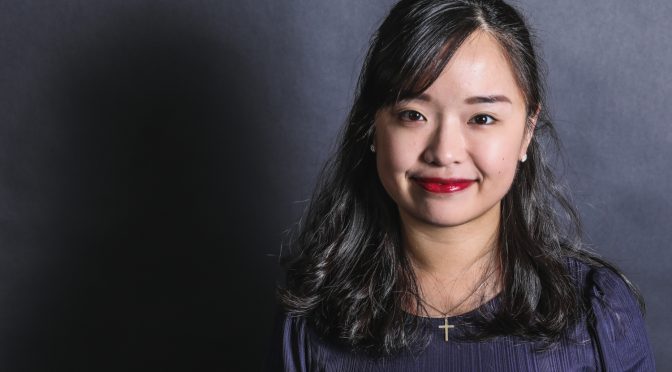 "There is no shortcut to learning a language. Practicing is key", says international student Sienna Li. Photo: Andreas Hustad

Want to learn Norwegian? Here is how you can do it!

Mastering a foreign language is always a difficult task – even in a situation when you are surrounded with people who are speaking that language around you. Norwegian is no exception, so Panorama went ahead and searched for alternative ways of learning it, and for inspiring characters who managed to fulfil that challenge.

Getting started or making progress with your Norwegian in Molde in the traditional way might prove to be rather tricky. The university has offered one course so far, with limited capacity, and outside of the university environment, most of the options are rather expensive for a student, especially private teachers. Because of that, one might have to look for alternative methods in order to get more familiar with the Norwegian language.

One relatively common way to do so is using Duolingo. It is a widespread online platform for learning languages, and a handy way of getting used to the basics of the language. Finishing the ‘skill tree’ takes some time, and after that, you are urged to repeat the previous skills to keep them on the maximum level.

This feature is useful to refresh your knowledge and, as it says itself, to ‘strengthen your skills’. On the other hand, Duolingo occasionally uses some sentences that are quite unrealistic, and would not make too much sense used in any actual conversation. In addition, pronunciation currently cannot be practiced in Norwegian (or at least I haven’t found it available).

On the homepage Future Learn, which provides language learning opportunities, the University of Oslo offers a free online course: ‘Introduction to Norwegian’.  At first, this course seemed to treat its users like children, based on the way the teachers talked to their audience. After a while, though, it proved to be a serviceable surface for practicing and learning Norwegian.

A definite perk of this course is the great amount of video content, which helps to get used to the language in a more natural way. The setting (university students and stories of their daily lives) is also suitable for actual students who are attempting to learn Norwegian. On this platform, apart from the different exercises, one can practice pronouncing the different vowels and consonants that are strange and tricky for foreign learners of Norwegian. There is also an automatic chat-system, by which one can experience a model of written conversation with a Norwegian-speaking partner (or, in this case, a chatbot).

NTNU has a similar offer for anyone who would like to learn some Norwegian, it is available on their website Norwegian on the Web. It is well structured and quite complex, so all in all a great tool for practice. There is less video content here than at Future Learn, but more materials from a more widespread variety are accessible – multiple topics are covered in written and audio form, and the excercises to practice are also more colourful.

To get some real-life experiences and thoughts on the topic of learning Norwegian as a foreign language, Panorama received some personal success stories from international students.

Mark Medovarszky gave us some insights, practical advice and encouraging words by sharing his own language-learning adventure:

“I first came to Norway in 2012. Back then I started my Erasmus exchange semester in Tromsø. When I arrived, I did not speak a word of Norwegian, but I was very motivated and eager to learn it. In general, I think it is important to learn the basics of any local language if a person is going to spend a considerable amount of time there.

Luckily, the university offered langue courses for the international students, so it was possible to attend a 3-month-long language course two times a week. This course gave me good basics and was a useful starting point to improve language skills. I borrowed a couple of grammar books from the library and continued to learn on my own.

The crucial thing was to achieve a basic level which was good enough to have some simple conversations with natives.

That was the biggest challenge, because every Norwegian speaks English, so there is no pressure to use Norwegian to communicate. However, once I achieved the basic communication level, I always forced myself to speak in Norwegian even though it was difficult and English would have been much easier. But I think this is the best way to learn any language.

Other supportive materials included watching Norwegian TV, mainly NRK, and some series and shows, like ‘Side om side’, ‘Mammon’, or ‘Nytt på nytt’. I also tend to watch winter sport broadcasts on NRK, which is a good opportunity to acquire new vocabulary as well.

In 2013, I went back to Poland to start my master’s studies, but I did not want to lose contact with the language. I met a guy in Tromsø who wanted to learn Hungarian, and we made a deal after I left Tromsø that we would Skype every second week and have a sort of language tandem over Skype. It worked really well, and it has contributed to keeping up and even improving my Norwegian.

In general I think the most important thing is to get the basics and then force yourself to speak Norwegian with the natives. It is no problem if you make mistakes. In my opinion, Norwegian people really appreciate if a foreigner that comes to Norway tries to learn the language and communicate in Norwegian!”

Beside Mark, Panorama asked another international student, who successfully managed to learn and speak Norwegian fluently, for similar ideas. Sienna Li talked about her way of overcoming the language barriers in Norway:

“I took Norwegian courses for 7 months. As with learning any other language, it’s important to memorize the vocabulary and expressions. I tried to put the vocabulary into context to help me understand and memorize it. There is no shortcut to learning a language. Practicing is key. After I had some adequate vocabulary, I started to take minutes from the Norwegian news. As the news in TV2 channel broadcasts went on repeatedly, I took minutes of what I heard and tried to rewrite the news on my own. When the same news was on TV again, I could check and revise my minutes. This helped a lot with my listening and writing. In addition, I had more exposure to different dialects by listening to the news. Dialects can be one thing that many learners struggle with, since the dialect can be very different from region to region. The best way to learn dialects is to hang out with Norwegian friends. Just listen and learn, make mistakes and laugh about them. For instance, my flatmate has been persistently training me with Sunnmøre dialect, which I highly appreciate. Learning a new language is fun, just enjoy the process and socialize with Norwegians, you will speak like a native in no time!»

As concluding comments, I have to add that following Norwegian series (like ‘Skam’, a show popular both in Scandinavia and the entire world, that follows different teenage characters through their high-school drama-filled lives) and watching movies might help to get more familiar with the language, at least to a certain extent, especially when it comes to the listening part of course. It is still challenging to understand and capture the different expressions and match them with their suitable English translation, but with continuous studying and exercising of the language, it should become easier in time, as our interviewees prove.