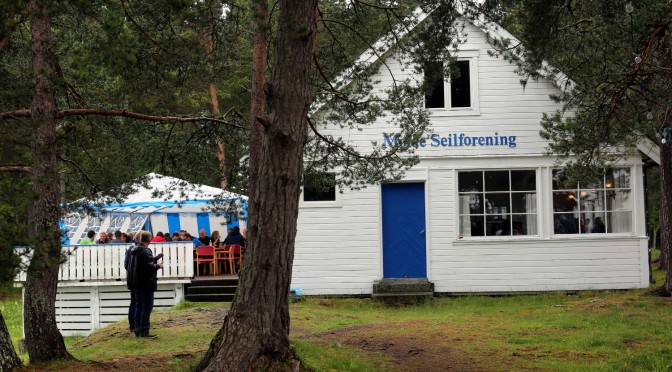 Artists coming to any sort of event need to feel welcomed and enjoy their time. That actually requires a lot of work for the organizers since stars and mannerisms go well together. Luckily Moldejazz wields a team of dedicated people and other features to accommodate artists needs.

Elise L. Johanson has been involved with the Artist Service for eleven years. She really appreciates the chance to see the festival happening from the backstage. Her job is to help some of the artists with anything they need in Molde, from sound checks to their meals and as she jokingly adds: «It is almost like we are babysitting them.»

Norway is a quite specific nation with extraordinary rules. According to Johanson the alcohol laws and walking instead of constant car rides are the main breaking points for them. Artists can sometimes have fairly strange requests.

«The complicated part sometimes is to get the unusual foodstuffs they require to have backstage. Like Cherry Coca Cola, for example. That stuff is hard to get in Molde,» said Johanson.

One of the Norwegian artists at Moldejazz even required to have M&M’S of  only one color present at the backstage. The whole mixed package allegedly messed with the artists minds. So she had to sort them out. But making the artists happy ensures a bigger chance that they are going to give a good show. So all the effort of the Artist Service does not go in vain.

Some of the artists coming to Molde might not have a chance to come back again. Therefore the Moldejazz organizers are eager to give them a taste of what Molde is most famous for- the nature and the view. A way to do that is a traditional get together event at Hjertøya at Molde Sailing Clubs restaurant. Pål Ødegård has run this event since 2003.

«I fell in love with the place and I wanted to stay here and organize it every year,» said Ødegård.

The tradition of this event started out in the sixties. Originally it was a place to hold daytime musical jams and where local artists met the stars of the festival. But eventually it evolved into a way to show gratitude to those who work for the festival, so the general public is excluded.

This event has not changed a lot through the years.

«We are trying to keep things as they always have been. The food we have, the drinks we have and the music we play here are a tradition,» claimed Ødegård.

The first year this event was organized by  him was special because the town was visited by the former PM of Israel Ariel Sharon to meet the Norwegian PM. The security measures were immense. The Hjertøya then became a refuge from all the police activity and other inconviniences.

«It was a magical year. The weather was amazing so people could swim in the Fjord. I guess that is one of the main reasons why I fell in love with this venue,» added Ødegård.