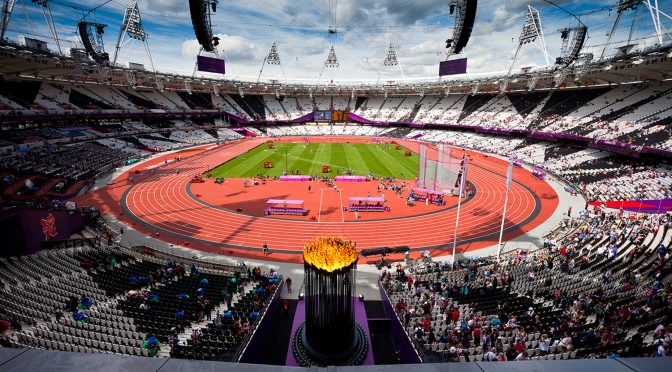 It may be hard to accept such a conclusion, because for many of us there is a lot of tradition and sentiment attached to the Olympics. In my younger age, I was very much looking forward to the Games, and while it was running, it occupied a huge part of my attention. The competition of my favourite sports coloured my days (and when in Asia or America, it shortened my night). However, the Olympics and I have both grown older and increasingly grown apart. I must agree that my fascination for it has withered.

Despite the institutionalization of the Games, despite it being unthinkable among sport leaders (recently we learned that Norwegian sport leaders again work to bring it back to the country, while the International Ski Federation president will reserve the event for dictatorships) and fans that it may extinguish, I have come to the opposite conclusion. We should do away with it.

The Olympic Games is seen as the leading sport event in the world, attracting athletes from more than 200 nations every forth years in the Summer and Winter Games, alternating by two years apart. The International Olympic Committee (IOC) was founded 123 years ago, in 1894, by the French baron Pierre de Coubertin.

The first winter games was held in Chamonix, France, in 1924. 16 nations sent 258 athletes to the games. The athletes were competing in 16 events comprising nine disciplines. 94 years later the 13th Winter Games were held in PyeongChang, South Korea, inviting 2,922 athletes from 92 nations. The number of disciplines was 16 and the number of events 102.

These numbers illustrate some of the enormous growth of the Olympics over its 123 years history. If we compare it to the past FIFA World Cup in Russia 2018, we perhaps better see its success and mega size: In the FIFA World Cup, 736 athletes took part, representing 32 nations. Furthermore, in contrast to the “compact” concept of the Olympics, the national teams and 64 matches were spread over 11 cities.

While the Olympics, the FIFA World Cup and other mega sport events share problems over galloping costs and overruns, using public money; mounting legacy problems related to after use and maintenance of venues; failed economic impact; failed sport participation impact; environmental issues; human rights issues etc., there is one important matter of discussion that separates them. In competition terms the Olympics is nothing but a compilation of World Championships staged in the same city and same country at the same time. In fact, the international federations of the specific sports organize and run the Olympic competitions, not the IOC or the local organizing committee. In effect, the competitions are world championship.

If we take away the rings, the tradition and the sentiment, the naked idea of the Olympics is that all these championships must be organized at the same locality at the same time every fourth year. It was perhaps a good idea at the time of Coubertin, but today it is an absurd idea. It is an absurd idea even if the IOC succeeds in cutting costs.

What would happen if the Games were not held anymore? In the absence of the Olympics, the international sport federations would set up, or be free to organize, their own world championship somewhere else in the world. The athletes and the sport fans would be offered substitute competitions at the same level of quality. Accordingly, the important question is what value added the Olympic Games offer, when the negative consequences mentioned above, are deducted?

Today we believe that every organization should be measured according to its goals and its social impact or sustainability, to use modern wording. This should apply to the IOC too, shouldn’t it?

What is the aim of the IOC and the Olympics? It is stated in the Olympic Charter that “the goal of Olympism is to place sport at the service of the harmonious development of  humankind,  with a view  to  promoting a peaceful society concerned with the preservation of human dignity.” Not easy to measure, really. In fact, the Olympic Charter it is a bit clearer in it’s description of its philosophy: “Olympism is a philosophy of life, exalting and combining in a balanced whole the qualities of body, will and mind. Blending sport with culture and education, Olympism seeks to create a way of life based on the joy of effort, the educational value of good example, social responsibility and respect for universal fundamental ethical principles.” (Italics added)

It is certainly not straightforward to assess the impact with so vague parameters, and I have not seen quality studies that document or bespeak that the Olympics Games realize these goals. On the contrary, there is more than a handful of examples that the IOC has violated its own principles and failed to promote the content of Olympism. It’s respect for fundamental ethical principles is not convincing (cf. corruption among the IOC delegates and it’s failure to lead the fight against doping). It’s social responsibility is unconvincing, in light of it’s concession to host countries that do not respect human rights or sustainability aims.

The concept of white elephant, sport arenas that are unusable or has to be demolished after the Games, has become the most visible legacy of the Olympics. As late as PyeongChang, the brand new Olympic stadium cost $109 million (about NKR 930 million), only to be demolished after the Games. After being used four times! Moreover, IOC’s blending of sport, culture and education has come to be little more than educating the world in Western commercialism, which is surely cultural, but it is more than questionable if it is sustainable and promoting fundamental ethical principles.

Is there no sympathetic features about the Olympics? Provided that the competition and the spectacle offered to the athletes and fans are easily substitutable, which I believe, I think the naked truth is that there is very little. I am aware that there is an element of revenue redistribution across countries and sports via IOC and that it generates more than 90 percent of it’s revenue from the Games. Hence disbanding the Olympics may be detrimental to some small sports that may see their revenue decreasing. However, I do not think it is right that the tax payer of host countries contributes to perpetuate small sports, and furthermore, that tax payers continue to boost the costs of elite sport.

The Olympic Games is an idea whose time has passed.

I fell in love with sport in the late 1960s, before sport was broadly broadcast. 50 years later, the hunger for watching sport has turned into a need for rationing it. Today, the access to publicized sport is limitless, but sport is also highly politicized and globalized. Sometimes that which is not showed is more intriguing than that which is recorded by the cameras.

One thought on “The Olympic Games: An idea whose time has gone”