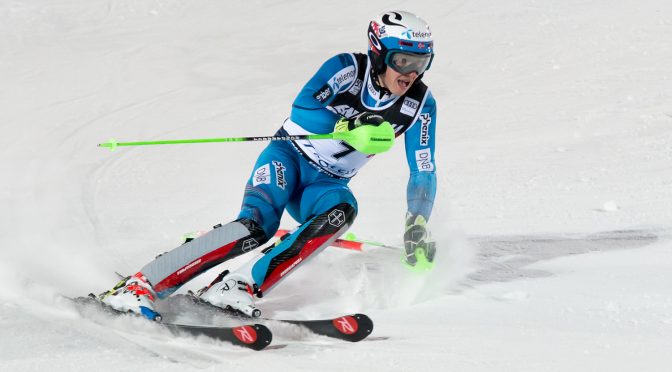 To many people the fact that competition sport is organized by monopolies, is a problem.

Living in an era marked by neo-liberalist ideology, the sheer thought that a monopoly might restrain an individual from capitalizing on her or his unique skills is provoking. When this happens in competition sport, in a commercialised sport, something must be wrong.

Two weeks ago, alpine skier Henrik Kristoffersen ended the 2018/19 season in an Oslo court facing his counterpart, the Norwegian Ski Federation. Kristoffersen was suing the federation because he was denied to advertise for a private sponsor, Red Bull, on his helmet. Like the rest of the team he had to display the brand of Telenor, the national team sponsor. In court, Kristoffersen’s lawyer claimed that by denying him the private sponsor the Ski Federation effectively deprived him from competing on equal footing with his rival, Marcel Hirscher, who is heavily supported by Red Bull.

Simultaneously, in Québec, Canadian cross-country skier Alex Harvey, a 2017 World Champion, was interviewed by the Norwegian Broadcasting Corporation. Upon his retirement as athlete, Harvey was asked about the future of cross-country skiing, set against the background of the dominant position of the Norwegian ski team over the past seasons. Many have pointed to the dampening effect of the Norwegian domination on the attractiveness of the sport in commercially bigger countries, like Germany and Poland. The situation was accentuated when the Norwegian team in the recent FIS Nordic World Ski Championships earned 10 of 12 gold medals, and 18 of 36 medals in total. To address the problem, in 2016 FIS reduced the national quotas for the World Cup competitions, hoping to reduce the number of Norwegian athletes competing for the top 10. Now, Harvey proposed to the International Ski Federation (FIS) to put a ceiling on the financial spending of the national teams, or a “luxury tax” on the richest nations.

These concomitant examples from international skiing highlight a central conflict in contemporary sport; that between the rights and prospects of the individual athlete and the regulative power of sport associations. Interestingly, while in the first case the athlete argues there is too much regulation, with the effect of decreasing his opportunities to win, in the other case the skier asks for regulations to improve the chances for skiers from more countries to do well.

The question is, can we think of elite competition sport without monopolies? The nature of competition sport is that the best athletes must oppose one another because this creates motivation to always improve and heighten the level of the sporting performance. The side effect is increased uncertainty of outcome, but also increased admiration for human achievement. Which attracts audience and viewers.

However, to realize a pyramid of competitions from the local level to the international, sport needs an organizational pyramid. To organize tournaments, standardize competition formats and rules, and enforce the rules, a powerful organization is necessary. This is an organization that necessarily monopolizes the single sport. Unless it did, standardization would suffer and athletes would not compete on equal terms. Alternatively, they do not compete at all. An example is rugby, which exists in many codes across the world (American, Australian, Canadian, Rugby Union, Rugby League etc.). Within each code, they cultivate their differences and operate with different rules. Their teams do not compete across the codes, but within their own monopolies. If these sports standardised the rules and created one international competition pyramid, one monopoly instead of several, it is likely that it would increase competition and the standard of the play.

Normally, the sport monopoly is organized in associations. This means it is a member organization, and that the members decide the rules, whereas sport officers and umpires enforce the rules. In other words, rules are decided bottom-up, but executed top-down. This also means that the regulation of the sport is a collective effort. Athletes and other members (such as clubs in national associations and nations in international associations) that disagree with the regulation, can take steps to change it, but to succeed they have to convince the majority of the voting members. A few take it to the court.

Is it possible to think of elite competition sport without monopolies? It is in fact difficult to come up with alternatives. Even when private companies, such as the English Premiere League, or the professional leagues in US, organize elite sport, they operate as monopolies. The shareholders establish collective rules that are executed by the league management.

In returning to the Kristoffersen case, sport monopolies are constrained in their autonomy. Their regulation has to conform to civil law, such as European Union law. While Harvey asks for regulation developed and implemented under the jurisdiction of FIS, Kristoffersen argues that the Norwegian Ski Federation violates European competition law when denying him to maximise his value in the market. For this reason, the European Free Trade Association inspected his case, arriving at a conclusion that reflects how difficult terrain this is for European law.

The overall question is whether, or how, the EU treaty on economic activity applies to sport in the same way it applies to for-profit enterprises. When the EU admits sports to organize as autonomous monopolies, the reason is that they produce what is seen a common good. Obviously, the EU, in accordance with my arguments above, does not see a better way to organize competition sport. Therefore, the application of EU law should not decrease the common good. The argument of the Norwegian Ski Federation is exactly this; the restriction put on the individual athletes’ in terms of sponsoring rights benefits the development of the sport. It’s policy increases the possibilities of many more athletes, while not necessarily holding back Kristoffersen, even if this is his argument.

In a few weeks we will know the decision of the court in the Kristoffersen case. In the case he wins, the sport monopoly will be weakened. Will the next step be that Norwegian cross-country skiers sue FIS because they are denied to compete with athletes they normally beat?

Monopoly organization seems to be unavoidable in sport, but important questions arise about how these monopolies are governed. How sport’s governing bodies operate to safeguard the greater good of sport is a question of equal, if not greater, importance. And a topic for a later blog, perhaps.

I fell in love with sport in the late 1960s, before sport was broadly broadcast. 50 years later, the hunger for watching sport has turned into a need for rationing it. Today, the access to publicized sport is limitless, but sport is also highly politicized and globalized. Sometimes that which is not showed is more intriguing than that which is recorded by the cameras.

One thought on “Monopoly in court”